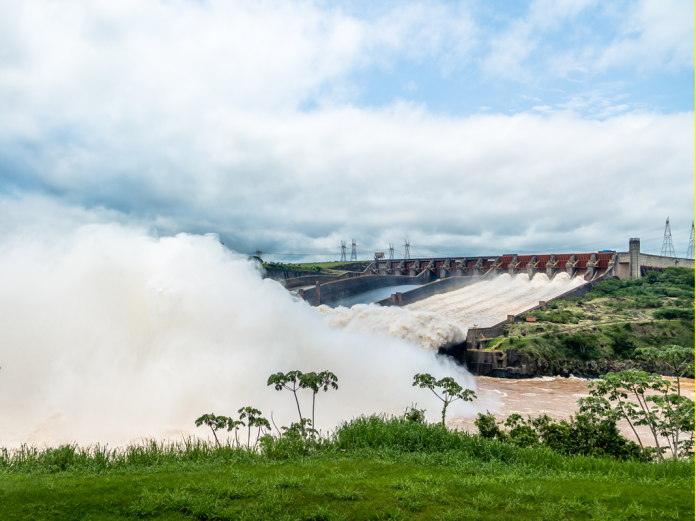 Paraguay generates the highest percentage of renewable energy per capita in the world and is the fourth-largest electricity exporter worldwide, surpassed only by France, Germany and Canada. The country has the capacity to produce five times its national electricity requirements and contains the plant that generates the highest volume of hydroelectric power on the planet.

In 2016, 99% of the country’s electricity and 70% of its total energy was generated from hydroelectric power. The rest was generated from biomass — particularly firewood (55.5%), waste (27.4%), charcoal (10.3%) and alcohol (6.8%) — which dominates heating and cooling in Paraguay. So significant is the country’s hydroelectric power capacity that in 2016 Paraguay was able to export 48.4TWh of electricity — 70% of the total 63.8TWh it produced. In that year, its electricity exports were worth USD two billion and 7.7% of GDP.

Just two hydroelectric plants provide 98% of Paraguay’s electricity generation: the Itaipú Dam, jointly owned with Brazil, and the Yacyretá Dam, owned in partnership with Argentina. The Itaipú Dam, located on the border of the two countries over the Paraná River, has produced over 2,400TWh since it began operating in 1984. It is currently the largest power plant in the world, having broken the world record in 2016 by generating over 103TWh — a figure that translated into an additional contribution of USD 100 million for the treasury.

The dam hasn’t only boosted direct income for the country. In 2013, a new high-voltage electricity line was opened between Asunción and Itaipú, and Brazilian businesses were the first to recognise the opportunities this meant for accessing lower energy costs and more competitive labour on the Paraguayan side of the border. Companies from the spare parts industry have been arriving ever since.

“Although Paraguay is currently a net energy exporter, national consumption is increasing by 300MW a year making the expansion of Yacyretá dam essential.”

Paraguay also owns an equal share of the Yacyretá plant with Argentina, and the two partners consume almost 87% of the energy the facility produces. Yacyretá broke its own record in 2016 by generating more than 21.6TWh of energy. And after a new agreement signed by the countries in 2017, that figure is set to rise. As well as settling on old debt dispute, the deal means that the plant will be expanded. Three new turbines will be built, increasing power by 15% and energy generation by 6%. In addition, a tender should be issued in 2017 for the expansion of the dam’s Aña-Cuá branch, which will mean a further 10% growth in electricity generation. Twenty existing turbines will also be renewed, creating more than 3,000 new jobs that will be filled by both countries.

Overall, the agreed plan includes investments of over USD 1.6 billion.2 This expansion is thought to be essential because although Paraguay is currently a net energy exporter, national consumption is increasing by 300MW a year. Industry experts suggest that in order for the country to meet its requirements by 2030, other plants, such as the 100% Paraguayan-owned Acaray Dam, also need to be expanded; new plants, like the long-planned Paraguay and Argentina joint venture Corpus Dam, need to be built; and/or solar and wind power must be developed.

Another reason for wanting to increase domestic energy production is to reduce the country’s use of imported oil and diesel, which represent 39% of the country’s energy consumption and cost USD 905 million in 2015. Imports of petroleum derivatives actually rose by 8% between 2014 and 2015,3 but costs stayed down due to a drop in international prices and recent actions from the state-owned oil company Petróleos Paraguayos (Petropar). The company operates at all stages in the petroleum value chain; for example, it runs 65 service stations, has 43 more under construction and aims to have 140 in operation by the end of 2017. Its stations compete with those of Axion Energy, based in Argentina. Axion operates 65 stations, which it started rebranding from Esso to Axion in 2016. These stations are supplied from a terminal in San Antonio that has a storage capacity of 20,000m3 .

Petropar was restructured in 2014, in order to create a competitive and modern institution based on efficiency and social responsibility. One of the recent successes of the new operation has been to reduce freight prices for diesel from USD 66 per cubic metre to USD 40.5, which will save USD 43 million by 2019.4 The company’s turnaround has been so impressive that in 2017 company president Eddie Jara stated, “When the government of President Cartes took control of the administration, Petropar  ad USD 145 million of negative equity. Since 2013, it has reversed this by 178 million”, referring to the USD 33 million positive net worth of the company achieved in mid 2017.

Notwithstanding Petropar’s results, the country is committed to the United Nations Framework convention on Climate Change Paris agreement, and Paraguay’s National Development Plan 2030 also aims to decrease fossil fuel consumption by 20%. The main goal of a governmental decree issued in October 2016 (Decree 6092/2016) on the future of Paraguayan energy policy is the increasing sustainable use of its natural resources to obtain clean and renewable energy. As well as offering support to the development of hydroelectric power, the decreestates that national funds will be created for the development of other types of renewable energy. To date, wind and solar power generation in Paraguay has been practically negligible, with developments limited to remote parts of the country with lower access to the grid, like the Chaco region. However, media reports in 2017 suggested that this might soon change, with the government appearing likely to approve Paraguay’s first renewable energy law before the end of the year. The new law is expected to compel the public utility monopoly, Administración Nacional de Electricidad, ANDE (National Electricity Administration) to buy 5% of its electricity from renewable sources other than hydroelectric, creating more favourable conditions for investing in wind and solar power. The new law is initially expected to encourage investment in distributed power generation and in remote off-grid areas, although competitive auctions for large-scale projects may follow.

In addition, Decree 6092/2016 states that a new law regarding the independent generation of electric energy will be introduced. This should decrease or remove the current restrictions on distributing surplus energy generated by solar panels to the network, which will introduce future business opportunities. One of the biggest weaknesses of the Paraguayan electricity sector is the distribution network. In 2015, 23% of the country’s electricity supply was lost during transmission and distribution and the service has regularly failed due to the lack of investment in the network prior to 2013.

However, between then and December 2016, ANDE has overseen investments of more than USD 721 million to upgrade transmission lines, static VAR compensators and substations, amongst other things. That investment is set to continue, with ANDE’s Master Plan 2016-2025 including almost USD 7-billion worth of transmission, distribution and generation infrastructure projects.